The only way to get around the medina in Marrakech is by walking. Some of the historic centre’s streets are so narrow that only motorbikes and bicycles can get access this part of town. Keep a watch out for the bikes and scooters, otherwise you could get run over as they drive at great speed.

Orienting yourself can be a little tricky since there are no detailed maps of the medina. If you do own a map you’ll see that the street names are different from the nameplates, thus it can sometimes be even more confusing.

The only efficient way of finding your way is by asking the person in charge in your riad before leaving the hotel or on the streets and hope for the best. If you ask someone in the medina for directions, it is customary for them to accompany you and then ask for a tip, which they will most likely say is not enough.

The local buses in Marrakech are very old and are usually packed with people, so most likely you’ll prefer to take a taxi or go by foot.

Two kinds of taxis exist in Marrakech: small ones called "petit taxis" and the big taxi called "grand taxi". The smaller taxis are used in the city centre. The larger ones are for far-away excursions.

All taxis in Marrakech have taximeters, but they tend to "forget" to activate it. Before you get in make sure they switch it on, if they refuse, just find another taxi. If not, you can always negotiate the price of the journey with the chauffeur before the engine starts running.

You can also hire a taxi for a whole day and visit Essaouira or the Ouzoud Falls, cities that are a few hours drive from Marrakech.

One of the most traditional ways of getting around the city is by a horse-drawn carriage and is a must at least once during your stay. 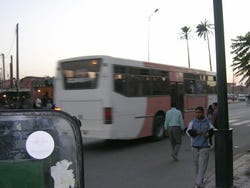 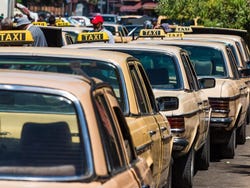 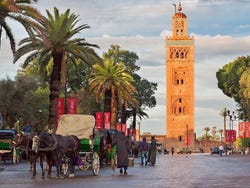 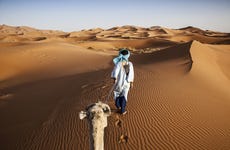 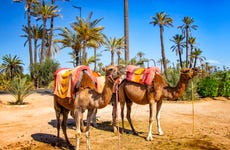 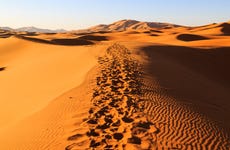